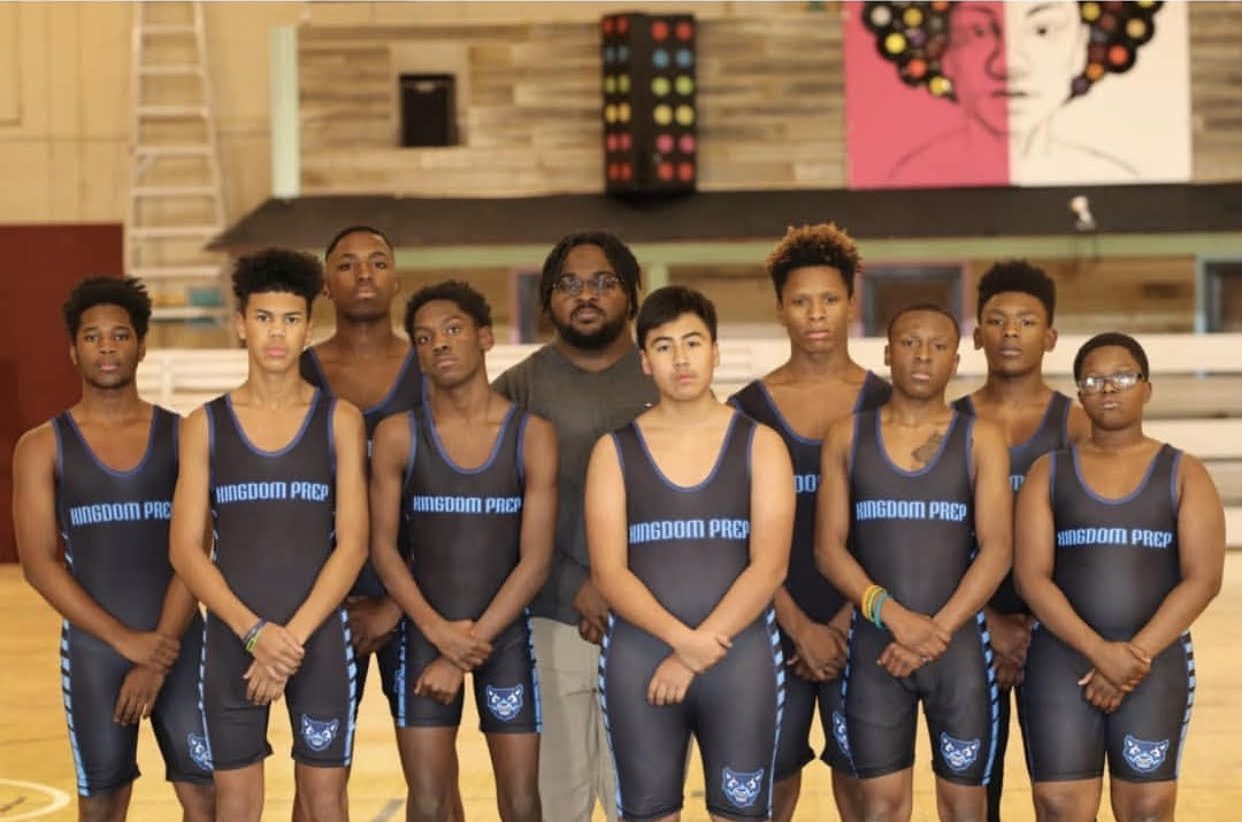 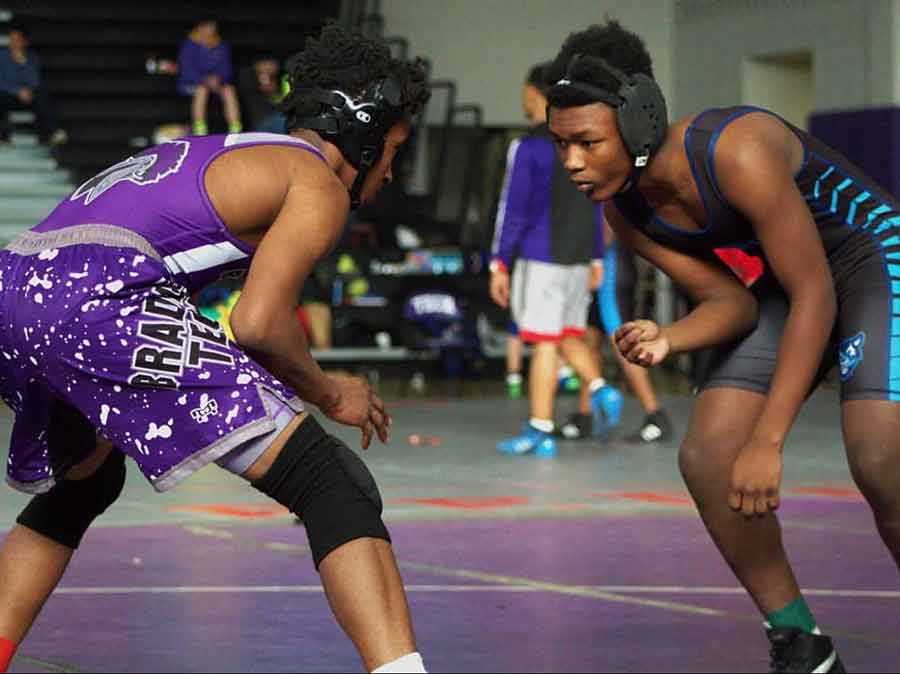 The 2019-2020 wrestling team is packed with young talent. There were only five returning sophomore wrestlers and fifteen first year wrestlers. These wrestlers will set a foundation for the next few seasons to build the program. The Wolf Pack Wrestlers played to their strengths and focused their efforts on tournaments instead of dual meets in order to give the team and each individual the best chance to learn from their experiences. Despite our limited experience, we have achieved much success. We have four tournament champions, seven of our athletes received second place, nine placed third, and seven athletes achieved fourth place or greater.

Randy Higgins ’22, Marwan McGowan ’22 and Jabe Johnson ’22 – two newcomers and one second year respectively– achieved success early in the season and never looked back. Higgins and Johnson have won first place in two of the three tournaments that they competed in this year. Recently, Kamari Mattox ’22 has single handedly spearheaded a comeback story. Prior to winter break, Mattox did not win a single match, however, that quickly turned around when he won first place in our most recent tournament at Rufus King High School. Moving on to our lighter weight wrestlers, Nik Harwood ’23 from Latvia, has achieved much success at
120 pounds. Despite it being his first year of wrestling, Harwood has placed second in every single tournament he has wrestled. In addition to his success on the mat, Harwood proceeds to excel in the classroom, holding
one of the top GPA’s in the school.

We have two additional coaches helping out this year. Jon Nylund joins us as a standout wrestler from Milwaukee Lutheran High School ‘19. Coach Jon’s record gave him a trip to sectionals and allowed him to
be a top wrestler in his weight class for several years. This is the start of an exciting coaching career for Coach Jon. Brian Parmenter is the Assistant Head Coach of
Kingdom Prep’s Wrestling team. Coach Parmenter joins us from New York and was previously a student athlete at Concordia University Wisconsin. Coach Parmenter
has an extensive resume in wrestling, which includes, four state tournament qualifications and offers from several Division 1 universities.

Coach Parmenter said “Only one word can describe my second-year coaching: confident. Seeing the talent that our wrestlers are coming in with and building off of it has me eager and excited for the next several years. Being a new program, in order to develop a future, we must build a place to start. I am confident that we not only created a starting point but also a legacy.”
– Will Turner